Home » Uncategorized » This is why we are here!

This is why we are here!

Where do I start and how do I describe what we witnessed this past week at the marriage conference at CMM? When I have challenged you before that your investment in Africa is helping to impact and change a nation, it was no more evident than this past week.

Over 100 couples from Kenya, Tanzania and Uganda (all of them senior and
key leaders) spent 5 days having their marriages renewed, revived, rescued, overhauled and healed.

We literally watched them arrive on Monday one way and leave on Friday totally transformed! Yesterday we read their testimonies and wept, laughed and praised God as we heard one after another express how their marriages were changed.

Some were on the verge of getting out of ministry and leaving their spouse. Some had not even spoken in months; many had not been on any kind of “date” with their spouse in years. All week we answered numerous questions and taught for hours on all aspects of married life. Then came Thursday night…

Thursday night is the last evening of the conference and we end it with a banquet. Each husband collects his wife from her room and escorts her to the banquet where we have turned the new dining hall into a beautiful and romantic environment.

It is a time for them to begin a “second honeymoon” by putting into practice what they have been taught. After a great meal they began to feed each other cake and then they began to celebrate like they had been married all over again.

Then a spirit of joy and celebration broke out throughout the hall. It was spontaneous. Singing started, clapping, shouting, laughing, dancing and then a conga line around the hall. We saw all the teaching, training, ministry and investment culminate in that one evening as the couples began to take a victory lap around the tables as they knew something special and new had happened in their marriages.

At one point, I had no idea what to do next as celebration was the act of the moment and as it gathered momentum we could see a week’s work of ministry bearing fruit. 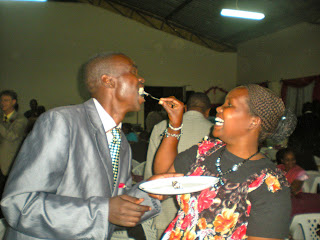 I watched on TV a few weeks ago as the Dallas area celebrated when the Mavericks won the NBA championship. It was exciting to see such jubilation after years of trying to win it all. However, even if I could have been in downtown for the parade and celebration it would not have topped what we witnessed Thursday night. 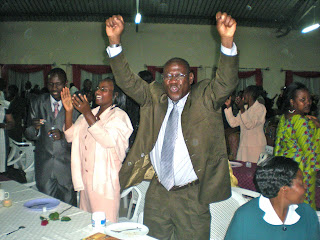 We watched our dreams and vision of what has been in our hearts for years come true one more time in a powerful way!

Then to put an exclamation point on it all, several of the pastors said that by the end of this year thousands of marriages will be changed because they are going to take what they have learned and experienced back to their people.

Now that is why we are here!