When Debbie and I were preparing to come to Kenya we needed a name for our mission organization and God led us to the work of Barnabas. He was an encourager, teacher and would bring other ministries into a situation to help with the ministry, thus the name Mission Barnabas.

One of our desires for MB was to also sow into other ministries as well that was building the Kingdom. One of the first ones we found here was Joy Divine. A mother, Mary and her son Fred had opened their home to boys in their area that were living on the street, picking through garbage dumps, no family or home and bring them into their home and love on them.

It grew quickly and the first time we visited they had over 30 boys. They would feed them, send them to school, get uniforms, school supplies and give them a home and they spent their own money and sought help from anyone that loved kids.

We would take various ones of you and groups that came over to visit the home and encourage the boys. Many of you would paint, sing, bring shoes, soccer balls and give money to help buy them food, etc.Through these efforts all of the young boys (grew to over 60) have become saved and following the Lord Jesus.

I even served on their board for several years and MB has helped them along through the years. When Chris and Amber White started ‘ Count Me In’, they would give scholarships for all the boys every year.

Last Sunday while visiting a local church, 2 of the boys from Joy Divine were recognized for accomplishments they had recently achieved. When they had them stand and I heard what they had done and knowing where they have some from I had to take their picture and share their story.

I asked Fred to send me what he shared about them so you could be blessed. It may take a few minutes to read it but trust me you won’t be sorry. Because of your help with MB through the years this is one of those places where our tent has been enlarged to help others and here is some of that fruit. Be Blessed!

Joy Divine were the first beneficiaries of the COUNT ME IN camp organized by C.M.M in August 2009 see vital it was as it was held when Joy Divine children were traumatized because of the post election violence.Most of our children had witnessed people being killed,housing being razed,women being raped,lost loved ones,shot at by police and also by warring communities.

We are grateful to the Almighty God for the intervention by Pastor Ronny and Debbie and the team behind them for being lead by the Spirit to minister to hurting needy orphans from very desperate situations.Also their labour is not in vain as these children are transformed worked hard and the fruits is visible for all to see.GOD BLESS YOU SO MUCH. 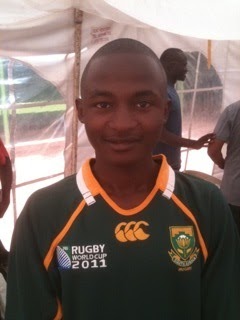 ROBERT KYALO 18 YEARS A REHABILITATED STREET BOY RESCUED FROM STREETS OF MOMBASA TOGETHER WITH HIS HIV/AIDS MOTHER ,BROTHER AND SISTER.

Robert Kyalo was rescued from the streets of Mombasa in 2004 and referred to the Office of the Nairobi Mayor and from there referred to Joy Divine.We admitted Robert to Moi Forces Academy and wow he did open doors for our other orphans as Robert was top 10 ever since STD 5 to STD 8.

In 2009 but the unexpected happened.On 29th January 2009 at around 6 pm shots were fired at the Joy Divine building were close to 10 boys we hanging out(the unfinished multipurpose hall and Robert was shot on the leg a bullet entered at the back of his right knee and exited at the front.

The boys rushed him to the clinic then the doctor refereed him to be taken to the Huruma Police post from where the Police did him first Aid then called an Ambulance.We (Pastor Mary and i ) rushed Robert to Kenyatta National hospital were we paid up admission fees took him for X-RAY then he was admitted.

The floor he was admitted was full of gun shot wounds patients with worse injuries than Roberts.We left him at the hospital at around 4am in the morning.Robert was taken to the Surgery theater 3 days later for a surgical toilet and was discharged after a month.

Thank God the bullet missed his knee bone and the large aorta blood vessel his X-rays shows a large bullet hole that clipped his knee bone.Robert would go for rehabilitation and physio therapy.

Robert would report to school 1 month late and with crutches and that is why we are so proud of how he has excelled considering he started High school in Crutches.Robert got B+ in the 2011 K.C.S.E wants to pursue Engineering at Kenyatta University. 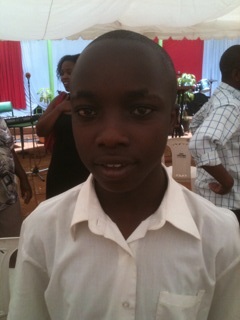 Well Francis is a victim of the post election violence and his family lost everything including his school documents as he had just cleared Std 8.He was meant to have repeated the class but we persisted and got him copies of the the National examinations results slips and had him join Ndururuno High school in Nairobi along Juja road as a day scholar and he has excelled ever since.

He was amongst the other 35 Internally Displaced children from all over Rift Valley that Joy Divine took in and placed in schools across the City.Interesting we had the capability of hosting these children because we had received school materials support through C.M.M and the MEGACARE INTERNATIONAL missions team that Pastor Ronny had brought them to Joy Divine in early 2007.

Also the government called us a IDP CENTRE that needed to be shut down immediately.Francis has excelled to get B in his K.C.S.E exams and a possibility of joining University to pursue a Degree in Engineering at Makerere University in University.Jehovah has been our Ebenezer and we believe all things are possible with Him and he will enable Francis join Makerere to pursue his dream of being an engineer.